Replace New Toothbrushes Regularly To Reduce The Number Of Bacteria

How often do we have to replace our toothbrushes? According to research, there are many bacteria hidden in toothbrushes. Experts recommend changing the toothbrush at least once every three months.

Dallas, TX (WS News Publisher) – Because toothbrushes are prone to residual food and moisture, the toothbrush contains an alarming amount of bacteria. Old toothbrushes that have been used for a long time may have more bacteria than the toilet cover. In addition, toothbrush bacteria are also related to periodontitis, gingivitis, and cardiovascular disease.

Bacteria hidden in the toothbrush

According to a study by the University of Manchester, the used toothbrushes contain an average of more than 10 million bacteria, including Escherichia coli and Staphylococcus. Researchers at the University of Alabama at Birmingham also found that the brushes stored in the bathroom were contaminated with fecal bacteria and other bacteria.

Dr. Tom Glass, a dental expert at Oklahoma State University in the United States, said: “Toothbrushes contain food and water, which are most suitable for bacterial growth, and most people are used to putting toothbrushes in damp bathrooms, which will lead to bacterial growth.”

Periodontitis refers to a disease caused by bacteria infected with Periodontium. The source of this disease is “dental plaque.” The bacteria in dental plaque are mainly streptococcus, anaerobic bacteria, etc. When the number of bacteria increases, the Periodontium or gums are more likely to be inflamed due to bacterial infection.

The American Heart Association also pointed out that bad toothbrushing habits are associated with a higher risk of heart disease. Gum disease is one of the diseases “where the body may be in a sort of continual state of inflammation, and this seems to be a very powerful predictor of cardiovascular disease,” Dr. Ann Bolger, a cardiologist, and professor of medicine emeritus at the University of California, San Francisco.

When to replace a new toothbrush

Most dentists recommend replacing toothbrushes for at least three months. Studies have also pointed out that compared with new toothbrushes, the cleaning power of old toothbrushes with curved bristles is reduced by 40%. Moreover, the bent bristles are difficult to align with the teeth, and there is a risk of damaging the gums. 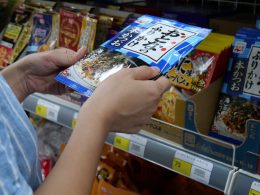 Covid-19 Increases the Number of Times People Eat at Home

Studies have pointed out that after the Covid-19 outbreak, human eating habits have undergone tremendous changes. People have…
byHannah Moore

Future Prediction: AI Will Replace 60% Of The Labor Force in 2025

What are the future career trends? According to The Future of Jobs Report 2020 released by WEF, by…
byGarrett Deleon

The covid-19 has caused the global economy to fall. In contrast, housing prices and sales have risen instead…
byHannah Moore

According to Statista, about 419 million people in China use online food delivery services, accounting for about 42.3%…
byHannah Moore